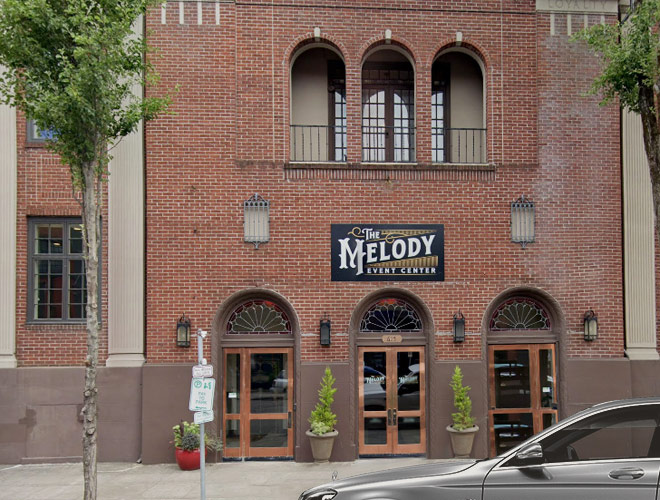 Originally constructed in 1925 as a Woodsmen of the World lodge and meeting hall for Multnomah Camp 77, the building is a well-preserved example of 20th century classically inspired architecture.

Designed by local Portland architect, W.W. Lucius, the building is distinguished by the formal facade with stained leaded glass fanlights atop the three doorways of the front entrance and an elegant terrazzo stairway leading to the grand ballroom.

While the iconic building itself is not listed on the historic registry, it has played a key role in the makeup of the core of the East Side historic district. Buildings in the district range from large Victorian masonry structures of the 1880’s to highly stylized 1930’s era buildings.

The Melody Ballroom has a storied history as a music venue before becoming host to weddings, Quinceaneras, high school proms, school auctions, nonprofit fundraisers, and a multitude of community events. 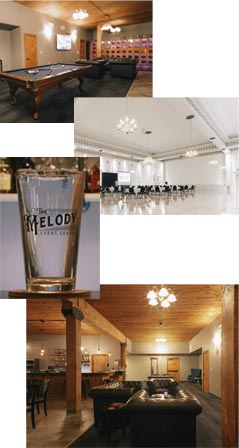